10 posts were merged into an existing topic: تعاریف فساد

The abuse of entrusted power for private gain. Corruption can be classified as grand, petty and political, depending on the amounts of money lost and the sector where it occurs. Also see ‘grand corruption’, ‘petty corruption’ and ‘political corruption’.

The abuse of public office for private gain.

The abuse of public authority or trust for private benefit.

… in the course of international economic, financial or commercial activities of any undue pecuniary or other advantage to any person who directs or work for in any capacity another private sector entity, for this or another person, in order that this person act or refraine from acting in breach of this person’s duties.

Corruption: An Alternative Approach to Its Definition and Measurement

> Discussion of the definition of corruption has progressed little since Heidenheimer’s groundbreaking distinction between definitions centred on public opinion, public office and public interest. All these definitions have been severely criticised. I suggest that underneath these traditional concepts of corruption lurks a much older one based on distributive justice – namely the ‘impartiality principle’, whereby a state ought to treat equally those who deserve equally. This principle provides a much more plausible reason for why the public condemns corruption than alternative approaches, and, moreover, it is recognised fairly universally: the implicit distinction between ‘public’ and ‘private’ is certainly neither as ‘modern’ nor as ‘Western’ as many have claimed. The universality of the principle of impartiality does not imply universality of its content: who deserves equally, or, alternatively, on which grounds discrimination is ruled out, will be answered differently at different periods in time and will vary from society to society. The impartiality principle provides a starting point for the discussion of both corruption in ‘traditional’ societies and contemporary political corruption – corruption involving violations of specific non‐discrimination norms governing the access to the political process and the allocation of rights and resources. The impartiality principle calls for rule‐bound administration and thus underpins the public office definition of corruption. A central element of the analysis of corruption is the study of specific non‐discrimination norms and their comparison across time and place. This approach leads to a significant enrichment of the concept of corruption. 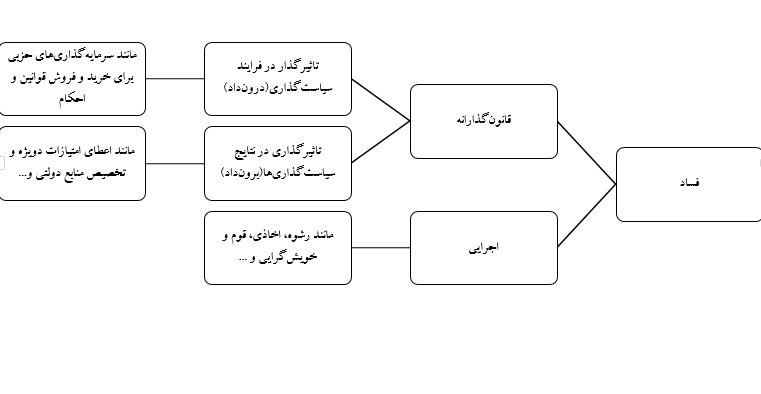 WHY CORRUPTION ALWAYS REQUIRES A CONFLICT OF INTEREST

When it comes to corruption, there is almost always a common denominator: a conflict of interest . A conflict of interest exists when an individual or corporation has the opportunity – real or perceived – to exploit their position for personal or corporate benefit. Corruption occurs when the individual or corporation takes advantage of that opportunity and indeed abuses their position for private gain. The good news is, if conflicts of interest can be controlled, the risk of corruption can be minimized.

Conflicts of interest are often closely associated with procurement positions; however, it can be anyone in a position to influence the award of business, control payments or abuse supplier relationships. Examples include a purchasing employee who secretively gives business to another company under his control, an employee who gives business to a company in exchange for a gift or other kickback, or an employee who starts a company that provides similar services to the clients or potential clients of their employer.

Management should remember that the mere act of having a present conflict of interest is not necessarily inappropriate – it’s the knowledge of and response to the conflict that is crucial, and reduces the risk of corruption.

If you are interested in learning more about how the relationship between conflicts of interest and corruption, or want to learn more about our services and our team, please contact us.

Conflicts of interest, corruption and fraud: what are the connections?

Whether one is drafting a code of conduct or other C&E policy documents, developing training, designing audit protocols, conducting a risk or program assessment or creating C&E metrics, it may be useful to bear in mind the relationships between COIs, corruption and fraud – particularly given the extent of overlap among these areas. The following is offered as an overview of these connections, but note that these are intended only as general principles under US law; aspects of the analysis may differ under various other countries’ legal regimes, and even some aspects of US law itself.

Corruption generally involves a breach of a duty of loyalty – either the duty an employee owes her employer or that owed by an agent to her principal. Corruption – at least viewed this way – always involves COIs.

While all corruption involves COIs not all COIs involve corruption. Typically (but perhaps not always), the added dimension of concealment is required for an act to be considered truly corrupt. (So, for instance, supervising a family member at work would generally not be viewed as a criminally corrupt act if it were disclosed, although it typically would still be seen as a COI.)

Fraud involves a misrepresentation for the purposes of cheating another. In some circumstances, particularly where a duty of loyalty exists, a material omission/failure to disclose – even in the absence of an overt falsehood – is enough for fraud liability.

Outbound fraud can involve cheating shareholders/lenders (through, e.g., misstatements about financial condition/performance); customers (e.g., though deception about the product/service in question); or regulators (e.g., lying about one’s product/service or general business matters, such as tax). Insider trading is seen as a form of fraud, although in some circumstances the fraud analysis is a stretch.

Inbound fraud involves the organization itself being cheated either by employees (e.g., submission of phony expense reports) or third parties (e.g., suppliers lying about conditions in which a product is manufactured). In such cases the failure to disclose/material omission will often be sufficient for liability, given the nature of the relationships involved.

It is possible to see all forms of corruption as involving a fraud element, in that corrupt schemes presumably always implicate an overt deception or material omission. And, the nature of deception/omission tends to involve COIs.

However, clearly not all acts of fraud have an element of corruption. For instance, deceiving a customer about the quality of a product would not entail corruption, unless an employee of the customer was “in on it.”

First, while I think it is important to keep these different categories in mind for different aspects of C&E work (such as those noted in the first paragraph of this post), they – and indeed many other forms of wrongdoing – should be seen as connected to each other, in the sense of how they can affect an organization’s culture. That is, an employee seeing even small-scale COIs or cheating on expense forms at her company is, I think, more likely to become more vulnerable (through desensitization) to other types of offenses. Included here would be those involving outbound corruption which, of all the participants in the above-described “parade of horribles,” is often treated most harshly by the legal system in the US and elsewhere. Put otherwise, COIs and small scale frauds can be seen as “gateway offenses.”

Second, even where conceptually distinct, fraud and corruption often have the same controls-related issues. For instance, weakness in the vendor selection/management process can be an occasion for an inbound fraud (supplier cheats company), an inbound corrupt act (supplier bribes company procurement personnel) or an outbound corrupt act (extra money given to supplier used as a slush fund to pay off company’s customers or regulators). Or, all three could be happening at once.

Finally, a brief repeat of the opening cautionary note that my framework is not intended to be universal. Indeed, as recently as yesterday we saw an executive jailed for “breach of trust” in Germany under circumstances that might not (at least as I read the story) be considered criminal under US law.

‘the private wealth-seeking behaviour of someone who represents the state and the public authority, or as the misuse of public goods by public officials for private ends